Google Beacon “Eddystone” – The Lighthouse of Your Business

It has been more that two years since the Apple’s iBeacon was launched and from then they have never gone down in creating hype in the industry. Recently, many corporate of different scales (say small, medium and large size) and individuals started recognizing the real value and service these iBeacons offer. They are now in the peak as they are helping almost every industry starting from travel to health. Apple has done like how they always do.

What about Google? Did Google do anything in this context? Yes, how will they not? Google developed a Beacon format called Eddystone that is more likely or even better than iBeacon in few factors. Google might be little late to the race but came up with a perfect bang to compete with others. Eddystone was named after a lighthouse named Eddystone in the United Kingdom. 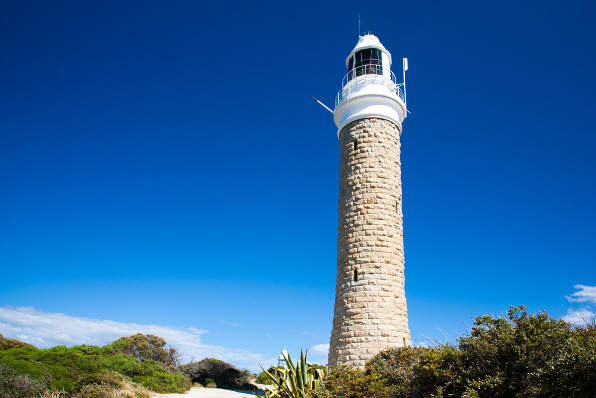 Eddystone is an open source beacon format released by Google in 2015 that operates in Bluetooth Low Energy (BLE). It is a cross-platform and versioned profile licensed under Apache 2.0 and also contains many frames namely

Is it different from iBeacon? Not exactly but yes:

Both the beacon (iBeacon and Eddystone) profiles look similar, but Eddystone is little different that it can be implemented and executed without any restrictions. The major different between the two beacons is that the Eddystone has a telemetry frame (named as Eddystone-TLM) that reports on the beacon’s health to the central server.

To know more difference, refer to our previous article: iBeacon Vs Eddystone

What are the packets associated?

As listed earlier, the Eddystone beacon has three different packets, unlike iBeacon that has little lesser. These packets carry various tasks that make Eddystone work independently.

Same as that of the identifiers (UUID, Major ID and Minor ID) in an iBeacon, the Eddystone-UID has all the three in one single phase i.e. it has a unique identifier that is used to trigger the desired actions to the respective apps installed in Smartphone. More surprisingly, the Eddystone-UID 16 bytes long that is split into two major parts namely

Instead of UUID and other IDs, A URL is sent that helps the customer to reach the potential data and information. URL is more likely to be same as that of the QR code. For this, you don’t have to have a QR code reader as the beacon device directly broadcasts the message.

Eddystone TLM – the telemetry data or the frame type – is majorly used to monitor the health (say the battery life, power mode, etc.) of the beacons. This frame type will be useful for large houses i.e. for companies that use a number of beacons to transmit messages.

Eddystone is far secure than any other beacon device. Considering security to be the primary factor in the fast-moving mobile world, Eddystone is more likely to win the race of the smart IoTs. Eddystone is now ready for

One device for all platforms: Eddystone has many extensible frames that allows beacons manufacturers to operate free to develop the device that supports almost every platform starting from iOS to Android. Few leading partners like Estimote, Bluecats, Orange, etc. Have tied up with us to manufacture quality Eddystone beacons.

No more malfunctioning beacons: The telemetry frame is going to be the major plus point in the Eddystone’s success. The businesses now face the threat of loss or damage or malfunctioning of beacon devices as these defected devices never respond to any query. It is little hard to find the defect one in the wholesome lot. But the Eddystone’s have the possibilities of reporting about the beacon’s health and its desired position. It more likely cuts down the maintenance cost and unwanted hassle.

API to support accuracy: Google – along with Eddystone – has launched two APIs namely Nearby API and Proximity Beacon API to help the developers to concentrate more on precise content and precise location. Google has also planned to use these APIs in existing location APIs like Places API and more. The developers are given the freedom to develop Eddystone beacon app that ensures many possibilities.

Internet of Things (IoT) is the hot topic involving many processes right from the healthcare to the travel sectors. Eddystone is going to create a new hype in the beacon market as these devices are far better than any other beacons.