The smart devices are now becoming overwhelming and helping people be at their best and especially the human-machine communications are imperative making things possible. When everyone thinks of the “next big thing”, they never go beyond the drawn borders, and it is not because of the lack of thinking or even imagination but because of the lack of scrutiny. We don’t see the next big thing as we imagine something big, and we don’t care about what we have. Unfortunately, what we have now is the next big thing. We call it as the Internet of Things (IoT). 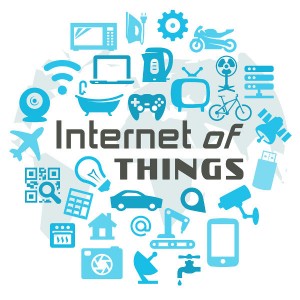 The Internet of Things (IoT):

Nowadays, we just talk about the human-machine interactions as one of the controllers to rule our future. But, there is something happening now, and it is nothing but the machine-machine communications. The techies call this interaction as the “Internet of Things”. IoT name was coined in the year 1999 by Kevin Ashton, a British entrepreneur.

What is the Internet of Things? It is a connection between physical objects or even with objects embedded in electronics, sensors or any other physical device to collect information and also to exchange data. This technique was developed to make sure that the communication is established between the physical world and the computer-based applications. The accuracy, efficiency and economic benefits are improved as a result of such implementation.

Wired.com stated an example that made things clear about Internet of Things (IoT). Here is what they stated.

The Past, The Present and The Future:

Many of us haven’t thought that the everyday things that we use are IoT. The past of IoT was so easy to find and understand. For example, the switches used to power various electrical applications also comes under the Internet of Things concept. Not only switches, but also many day-to-day electronics like remotes are also an excellent example of IoT in the past.

We are now witnessing the present of Internet of Things (IoT) and if we sit down and think the past and the present, we will be stunned by how IoT have changed our lives over the time. From smart homes to smartphones, everything is making our day-to-day activities easier.

What is happening in the present?

The present have many things that elevate our living style. The concept of connected homes involves many things from Smart thermostats to Smart appliances, HVAC systems to Smart security devices and applications and lot more. Not only connected home but the present has connected cars, connected cities, wearables, industrial internet and many more to make people stay in the comfort zone and to make them enjoy everything.

What made IoT possible is the reduction in the cost of technology and the related hardware. Here are some numbers .

What is the reason for this tremendous growth?

The growth was driven by two major factor – the cost of the technology and the increasing number of smart devices. The increase in the smartphones usage has now made them the gateway to IoT. And comparing it with the past, now almost everyone can access the wireless network at free of cost or a very low cost. Considering all these, the companies are concentrating more on IoT as it in now becoming the hot spot for generating revenue and also, they are using the IoT to improve the productivity and save costs.

As the present has impressed us with the Internet of Things, the future has taken up much responsibility as it has the deliver the perfect balance of machine-machine communication along with the human transactions. And as the predictions and the current development towards the bright future, we can decide that the future is completely going to be in the hands of Internet of Things.

The demand for technology keeps on increasing as a result of companies and people acquiring new technological products to help reduce cost and also to make day-to-day activities easier. Couple of years back Cisco data revealed that there were over 8.7 billion connected objects. Currently, the numbers have been increased to nearly 22 billion, and it is expected to reach 50 billion by the end of 2020.

The factor that drives IoT adoption is the customer demand as they want the technology to help then to improve in areas like health and fitness, security, energy savings and more. The increase in demand of IoT and also the rise in usage of smartphones and wearable devices made a clear statement that everything will depend on hardware and connected application. As the result in these increases, the IoT web and mobile applications’ demand is rapidly growing resulting in an enormous hype. To stay in the race of the increasing demands, every company need to deploy their applications to helps people what they acquire.