What first strikes your mind when you hear the word “BLOCKCHAIN”?

“Cryptocurrency” and “Bitcoins” would be your answers. We also noticed people struggling to understand the real concepts of the blockchain and eventually end up with a misunderstanding of what actually it is.

We have decided to frame a blog post in order to help people understand the concepts of the Blockchain. Sit back, have a deep breath and get ready to know what actually is “BLOCKCHAIN“. 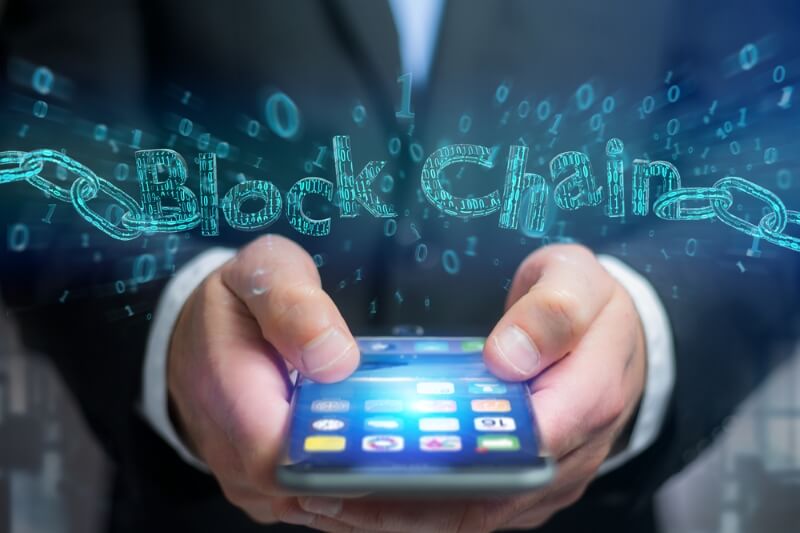 In a nutshell, Blockchain is a digital ledger that keeps a record of bitcoin or other cryptocurrency transactions publicly. The blockchain technology can help you operate directly with your end user. Which means blockchain implements a peer-to-peer strategy which eventually avoids intruders from interrupting your transactions. Let us dive in deep to know better about Blockchain.

As stated above blockchain is a digital record of any kind of transactional data or information. The digital record is maintained publicly and the data is regularly reconciled in its database.

Now let us have a look at the blockchain schema,

Understanding the Blockchain Schema would help users to know, “how blockchain could benefit them apart from currency transactions”. Here is a complete description that answers all your queries.

The blockchain schema is structured with the following,

As mentioned earlier, decentralization is a network that works on a user-to-user basis, which in traditional form can be stated as “peer-to-peer” network.

The blockchain makes use of the “Network Node Theology” which connects multiple computers together across the globe. Every single node itself is an “administrator”. The node voluntarily joins the blockchain network and the nodes are contributed with an incentive for participation.

This is the biggest advantage of the blockchain technology. A single node can have any number of input that ends up in a single output. Accessing a node does not need an acknowledgment from the admin.

With the second-level network you gain a lot of trust on the network node where your transactions are highly secured in spite of being public. Added, the network provides the following features,

Authentic Users: The authentic users can take hold of their transactions and other information
Error Free: Centralized systems highly suffer accidental errors, whereas blockchain technology is a decentralized network that offends such errors.
Free of Scam: It is highly difficult for users to involve scamming business on a decentralized network.
Lowers Transaction Cost: The network avoids overhead transaction costs by neglecting the interruption of third-party dealers.

Now let us dive in deep to know what Ethereum is. 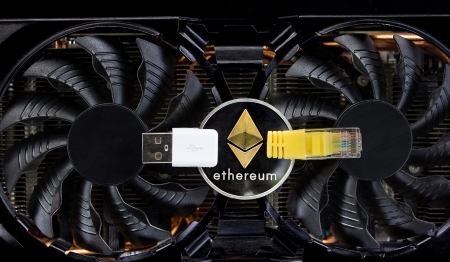 How does a second-level network become more secured? The Ethereum adds up another level of security to the blockchain technology. The security level is strengthened by adding a code to the blockchain network. The code is so called the SMART CONTRACT.

What is SMART CONTRACT?

Smart Contracts or Self-Executing Contracts help you to exchange money, shares/property or anything without the need for a middleman service. In a nutshell, Smart contract not just defines the terms and conditions of an agreement that a traditional contract does but also implements those obligations.

As Smart Contracts came into existence, there came a nudge towards the token system which was termed as the “Initial Coin Offering“.

What is Initial Coin Offering?

The ICOs entered the network when users were in need of Ethereum. The ICOs were used in order to obtain Ethereum which provided second level network security for user’s network transactions. In other words, ICOs are tokens that provide access to potentially foundational decentralized applications.

The impact of blockchain on industries and technological development:

On analyzing the functionalities of the blockchain technology, we found that it is the most secure system that could take industries and technological development to the next level. Let us have a look at how blockchain could make it happen.

As seen so far, people have drastically switched from offline purchases to online purchases. Users find it more comfortable than offline purchases. But the biggest hindrance that puts people away from approaching e-commerce websites is the security. Security is the highest point of concern that every customer has. When they find it fishy while transacting with their trader, they automatically lose their trust.

This is where e-commerce website owners need to secure their system to take hold of their valuable customers. We find the SSL certificates to be the most protective way of securing a website. But, these days hackers are highly equipped even to break those firewalls.

Then how could one get rid of such malicious tricks?

Every single information is highly secured under encryption and is maintained under ledgers. The users are provided with a copy of transaction done on the network.

When it comes to the banking sector, the foremost thing that strikes our mind is the KYC (Know-Your-Customer) compliance. This is the most disrupting thing that every bank customer face. On every huge transaction, a customer needs to provide the proof of their identity to the bank authority.

This makes them tired of making liberal transactions with their bank. Missing any single proof of identity that they have submitted earlier could put them under trouble.

What could be a better solution for customer discomfort?

With blockchain technology, a customer or the bank authority could avoid or even neglect the need for KYC (Know-Your-Customer). You might ask a question, how could one register or even make a transaction without the need for KYC?

The blockchain technology helps bank customers to maintain their records under blockchain ledgers. The customer’s information which is already stored on the ledger will be reconciled every time when the customer enters the network to make a transaction. And the network makes it really simple for the user to perform transactions.

The dreadful thing that every website could face is pirating the content. This is very common in the web world. Many website owners suffer this problem as their content is stolen in spite of intense security that they provide towards their website. Their hours of effort end up in just a matter of seconds.

What would be a perfect solution that could prevent pirates from plagiarizing content?

You need something more than a copyright certificate that preserves your content from being pirated. Blockchain can get it done for you.

Through blockchain network, you get your content encrypted. This avoids content plagiarism. Blockchain makes use of Ethereum that provide double level security for your content and allows access only to the users who are connected to your network.

The health-care industry is the most important industry of all. The industry has a need to share critical medical reports across hospitals. And that requires immense care for the health-care authorities.

As patient’s medical reports are highly sensitive, they require more security and need to maintain integrity. In case of any data loss, it is easy and simple to recover the lost data but it would be really hard to replace integrity.

How to overcome and maintain integrity?

As medical industry needs high security and patient’s medical data need to be maintained with integrity, these industries could adapt blockchain technology which provides the peer-to-peer network.

As there is no centralized administration to deal with the data, patients could directly interact with their destined physicians. Added blockchain provides more security on data transaction that no intruder could intercede the data that is being transferred.

The music world is another industry in which you find vast compositions and inventions. Each musician composes their new tunes and gets them recorded on various platforms. Musicians consider every single track as a valuable one and they indeed wish to preserve them as their apple of an eye. What if their compositions are ruined even after getting them copyrighted? Nothing can turn worse more than that.

How to get rid of such intruders?

Implementing blockchain over any music platform could help musicians to conserve their inventions. The blockchain technology could save any kind of data on its ledger and maintain them secure on the blocks.

The musicians could connect with their co-musicians as nodes on a blockchain network and transfer their media files directly over nodes. There is no fear of missing any valuable data nor from being attacked by any third-party as the transactions are encrypted on the network.

When it comes to Startups, the only big question which comes in front of most entrepreneurs is nothing but “FINANCE”. It is obvious that even small startups need huge investments which are highly impossible.

At such circumstances, business owners go in search of finance companies or banks to help them out to kick-start their business. Do these companies and banks really help such startups? It is doubtful. Under such circumstances “CROWDFUNDING” would be the best answer for startups. Let us see how crowdfunding works.

What is crowdfunding and how does it help startups?

Crowdfunding or Crowd fundraising is a sponsorship rewarded by friend companies. This could help startup businesses to kick-start their business without wanting to plead for a huge sum of money.

This fundraising process came into existence since 2012 and startups have planned it with various strategies for multiple audiences. People started to offer rewards and awards to companies that offered them funds. Especially the ones that took part in a fundraising campaign.

When it comes to a crowdfunding campaign, there are a few factors that play an important role. It includes, what is your product or service? what is your market all about? what kind of audience do you target on?

On the other hand, if you are about to launch a product, then promotion campaign could do better. This may allow your audience to make pre-orders for your product. Further helping you to build a client base. There is a certain benefit of implementing crowdfunding on a startup business, a few of them are as follows,

These attributes make it highly effective for startups to move further in their business career. Especially the centralized attribute of crowdfunding is similar to the blockchain technology which protects your data from hacks.

It is indeed a great deal, to find a perfect employee for your business. We know how it feels when you often end finding the wrong candidate and you need to run behind agencies to find the right employee. There are chances where agencies can even go wrong.

But how would you overcome such circumstances?

It might sound quite hard but you need to find a right employee to get your business going. Blockchains can help you with finding a perfect employee. As we have seen earlier the blockchain holds genuine records that are reconciled every now and then. You could boldly collect the data of an employee from the blockchain network which is an open source platform.

You could even keep track of transcripts above top certifications. This helps you to find whether the employee has completed any additional certifications or gained knowledge about the industry. Blockchain technology helps applicants to share their genuine credentials and employers to verify those credentials.

In addition to bitcoins and cryptocurrencies, the technology claims to be the most overwhelming factor that benefits all industries. The technology indeed avoids third-party commissions, provides transparency, open network, declines the risk of deals and finally, reduces processing time.

The technology is gaining a lot of interest as it approaches various industries. The real potential of the technology is discovered and is delivered with an intense effort to make it an effective way of building industry.

Have you ever tried implementing the technology into your business or wondered how it would work for your business? Then grab this opportunity to make some sense out of your business. You would find great differences as you indulge yourself in a blockchain network.