Home>Open Source Development>Why to choose ruby on rails to develop a website?

Why to choose ruby on rails to develop a website?

Ruby on Rails is a hot open source web app framework that’s written using the Ruby language – a general purpose programming language that was developed to keep the object-oriented part of coding intact. Through recent years the number of dedicated followers of Ruby on Rails has increased by large. It’s being enthusiastically used by web app developers who appreciate the clean and elegant coding structure when programming. 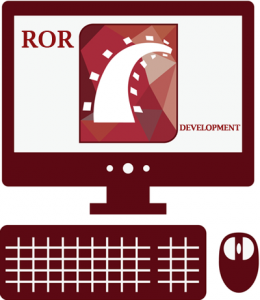 This framework allows for us to run web applications and provides us with a platform to build new web pages on. With that you can gather information from the server, query the database or manage templates under a secure interface using the ruby on rails CMS (Content Management System).

Also, the Rails framework gives a simplified and easier approach towards developing a website or an app, by coming up with abstracts for common and repetitive tasks. This enables Ruby on Rails developers to deliver speedier projects, thus making it a serious contender to the position held by PHP. Rightly so you can find numerous arguments over which one is better for the development of their next website. Now, let’s have a look at what makes Ruby on Rails the right choice.

Facts of Ruby on Rails

Here are few statements that you hear often when the conversation is about RoR.

Note: Use of agile development is recommended by the Ruby community, for apps with ever-changing requirements.

Features of Ruby on Rails

Here’s a list of features that make RoR a very potent tool for programmers.

However, there are certain down sides to Ruby on Rails as well, which includes that fact that not all website hosts support Rails at the moment. This is because Rails is resource intensive when in comparison to the other popular programming tool – the PHP. Then, unlike Java or PHP, Rails is not as popular either, it is gaining in popularity but, has a long way to go. Finally Rails isn’t as fast as related programming tools – Java or C.

Despite these minor setbacks Ruby on Rails has in offer a very elegant and powerful development tool that is apt for today’s modern website and mobile application needs; hence, as a reputed developer we provide you with just that.