The Mysterious Android O’s Final Version Is On Its Way

The Android O beta has already stepped in with huge impact. And yet another developer preview to be launched. The hype for Android next Android has started. Everyone is excited about the launch, eagerly waiting to know what it would be? How would it be? And how it would be called?

Google has announced its features in the latest release of Android O which includes talking up faster, fluid experiences, improved notifications. Google has also revealed that it had not yet named the Android.

Everyone is aware that the Android to be released is obviously the Android 8.0. This was an initial release of Google on OTA update live to users and handsets. That is all we have for Google’s Android release. Have a look at the features and the download format for Android 8.0.

What Does Android O Have For You?

Android app development is your best bet to engage a decent audience.. There have been always an enthusiasm and expectation for users to welcome the new Android into the market and the same prevails even this time. 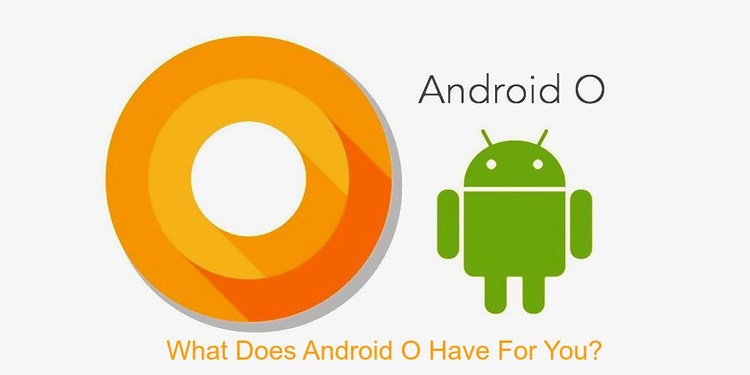 Google is trying to improve the battery life which was initiated in Android Nougat. The automatic limits have also increased in which apps perform in the background for most of the key areas. This could further prevent battery life and has minimal impact on the user’s device in creating new apps.

The new launch, which Google has planned for being the PiP features. PiP provides an advantage of watching videos, even on working with any other apps. This functionality of PiP is automated.

Mobile apps are restoring the face of the modern world. For example: You can still keep watching videos on YouTube as you work on emails.

Google’s grouping notification offers a greater control over app notifications. As these notifications are grouped as channels that allows you to block or make changes over its behavior. This could avoid spending time on managing each app individually.

One of the early strategies that are commonly used is the automatic-fill on applications. Google has taken it to the next level on handling apps in-house.
You can also access the third-party keyboards. The work is made more simple as Google has planned a platform support for auto-fill.

To make it simple for the user knowing their regular usage of the physical keyboard. In Android O, the company is developing to cater the chrome book crowd.
Google has planned to build a flexible and identifying model for “Arrow” and “Tab” Navigation that benefits both developers and end users.

How To Download Android O And Install Beta Today:

Google has launched the Android O beta program page live after the keynote on I/O 2017. It is understood that installing beta is a hindrance, still, it is worth nothing as this is gonna be an early stage of release and the software might be buggy. But Google still makes it possible with Google’s devices such as the Nexus 5X, Nexus 6P, Nexus player, Pixel, Pixel XL and Pixel C.

How Will Google Name Android O?

For now there is no clear conclusion regarding the name. But there are some predictions.

In early 2016, Android Nougat, was a chance for the users to name it. Google invited the crowd to suggest names for the upcoming Android version and that was simply Android N.

Still prevalent candidates like Android Nutella and Android New York cheesecake were not existing too long. A likely scenario is to be identified for Android O. As there are already vocal customers for Oreo.

This could prevail for a decent time. And Google is still waiting for one good suggestion.

You have one either? Head into the comments tab and post your suggestion.