An Open Letter To Developers Struggling For A Progressive Web Application

Hey! Developers out there, did you know that progressive web apps also known as PWAs can help you all to make the best responsive and fast loading web application. These PWAs are website that makes use of recent web standards, permitting installation on the user’s device. This could present an app like experience. Also provides business transformation to your clients through custom web application.

A PWA launched by twitter built with the help of React JS and Node.JS. This helped to prove the advancement of technology and that the technology is ready for a huge crowd out there.

You could gather further information on PWA in this blog,

What actually PWA is?

PWA is a web app that can be installed and which can perform even on offline. A cluster of data cached on interaction with the app. On visiting the site from the chrome browser with corresponding flags turned ON, you will be prompted to install the app. 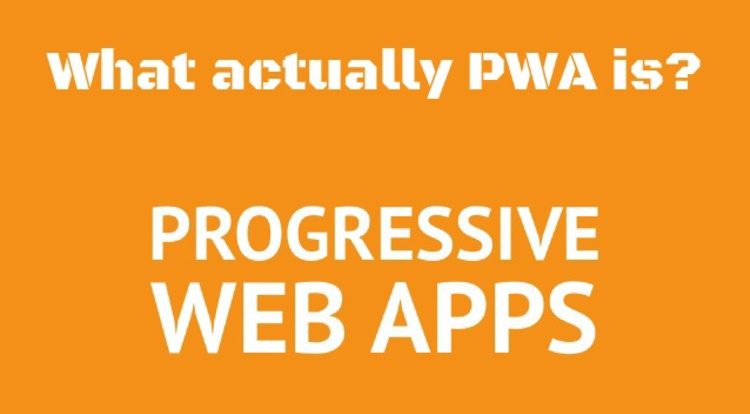 Why is it necessary got a PWA?

The foremost cause to build a PWA is to improve the loading speed of your web app. For a secure usage, it is best to load with HTTPS. The easiest and the simplest strategy that could help you work offline is through having a cache-first service worker strategy. A smart web application which helps out much better than ever. This might even resolve the biggest issues on web applications.The following are the recommendations that can be implemented in your web application which is not necessarily required for PWAs.

To our surprise the Forbes PWA home page loads in .8 seconds

An improvement seen in weather forecasting channels which shipped PWAs in 62 languages to 178 countries which was absolutely 80% of improvement chart. Further helps small and medium enterprises to build advanced web applications.

Most popular Java Scripts framework application generators already support the PWA. You can add it on to your existing application rather than creating a new one. HTTPS is getting better with free certifications from the Let’s Encrypt and AWS Certificate Manager. Expanding static web apps, the dynamic data are far simplified by CDNs, Cloud Foundry and AWS. In case of online/offline data synchronization, it is good to make use of IndexedDB, PouchDB. To your notice this feature is already available in Chrome and Android since V49.

By adding service worker support and app shell for offline Angular 2+ applications. Progressive Web Apps with Angular Mobile Toolkit workshop from Angular summit 2017 best explains the new support looks with Angular CLI. You will have to enter a command to proceed.

Ionic is also a framework that gathers Angular to create native apps with web technologies. It combines Cordova to support the app on mobile phones.

There is another smaller library which is also an alternate implementation that was built for speed. It is the Preact. It implements the same ES6 API, components and virtual DOM support as React.

Everyone loves when an app works offline, it becomes more enjoyable if the app is still working on a travel or fly. Though internet is irregular, that is not going to worry you any more. Native apps is caching data and providing offline access in the long run. And now most of the web applications have similar features. PWA has a huge impact on all these apps which indeed grabs the interest of the user as well as the developer.