Companies are up on the mark of dreaming about the next generation gadgets which will give a new insight to user experiences. Virtual and augmented reality is taking up the role of getting the viewing and computing experiences to next level. The giants like Microsoft, Facebook, Sony, Google, Samsung and many have raised their hands to make things possible. 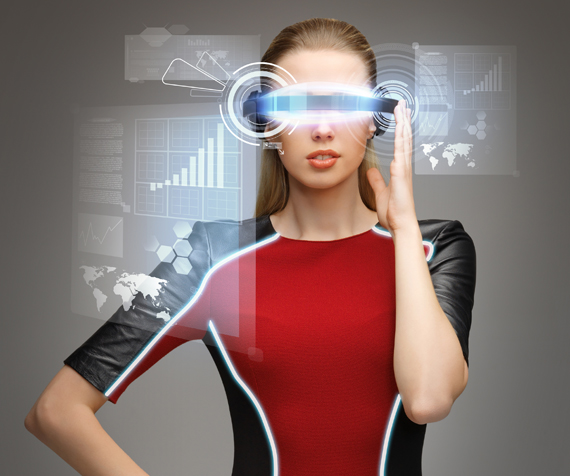 But, the journey is up on the track with the three major devices – HoloLens from Microsoft, Oculus Rift from Facebook and Magic Leap from Google.

What does this mean? Indirectly they are saying that they didn’t consider Oculus Rift and Magic Leap as their competitors rather the HoloLens is different and way far from what the industry thinks. We are updating the virtual and augmented reality concepts with holograms to bring everything in virtual reality.

Alex Kipman is the main source behind the Microsoft’s HoloLens. He is with Microsoft for the past 15 years and he is specially called as the “inventor” among the Microsoft world. The company’s most ambitious product of the year allows you to virtually interact with the views with the help of the holograms.

Will HoloLens will do like the concepts and visuals shown in the movies “The Matrix” and “Star Trek”? Not exactly, but YES! 3D images will not be produced rather this device creates a visual which can be seen only by the people wearing the glasses and to others it will just look like a mad dog wearing something funny on its face. It has transparent glasses allowing you to still view the real world.

Oculus Rift from the king of Social Media

It was a-dream-come-true for Palmer Luckey. He actually dreamt of playing video games in a simulated 3D world which led him to develop the world’s innovative gadget. The Lawnmover Man was a movie which invoked the idea of developing computer-generated sensory immersion gadget. The miracle just happened when Luckey was just 16 years old. Without any engineering background, he designed a working prototype of his dream at his garage.

Magic Leap from US is ready to do miraculous magic

Glasses that uses augmented reality concepts? Or virtual reality? Or both? Confusing but still a expected device of the decade.

As from Wiki, Magic Leap is a US based company focusing on developing a gadget which helps people to view virtually with the help of augmented and virtual reality. Rony Abovitz is the founder of the company and was announced in the year 2010. Later, it was said that Google has led its funds of $540 million to make thing possible soon.

Unlike HoloLens or Oculus Rift, this device will not project any visuals on the glasses or on to the outer world rather it will directly project the visuals on to the eyes of the people wearing this device.

They are keeping the information regarding the device secretly. The Magic Leap is still mysterious for which everyone is still waiting.