Home>Web Design>What are the ways to create animation using CSS3?

What are the ways to create animation using CSS3? 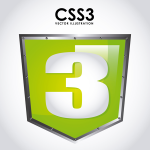 The launch of CSS3 was pinnacle to the current change in usage of CSS for developing web animations. Before which, people used resources such as Flash and JavaScript for designing and developing such animations, which includes animated images. There were certain aspects to CSS3 that made creating animations through it so much easier and so much fun. Let’s have a brief look at these aspects now.

To begin with, there are two components – the “styles” and “keyframes”. These components make using CSS an apt option for developing animations.

How they make it happen is as follows:

The following three features are major advantages, which the CSS animations have over other traditional animation techniques (which are script-driven).

The following are the style properties & sub-properties

As mentioned before, the keyframes allow you to configure the animation’s appearance. For this, you will need to setup at least two (at-rule) keyframes. These keyframes represent how individual elements of the animation render themselves within a set time frame.

This time frame is denoted by a “percentage” system by the keyframes. A 0% represents the start of an animation, and 100% represents the finish; they are given as from/0% and to/100% respectively. Though both these are optional, they are very important, and thus, the browser by default computes all the attributes of the animation and starts and finishes it accordingly, when the values are not provided.

The following are CSS3 animation examples, which should give you a brief understanding of how this works.

This example has two keyframes; first occurring at 0% and the second at 100% (by default, since the values aren’t provided); this effectively starts and finishes an animation. The right margin is at 100% with a width of 500% at the start of the animation, and ends at 0% of the right margin with 100% width. Therefore, the browser animates a header from left edge to the right edge.

With that, by including additional keyframes you can add intermediate steps and thus, amend the CSS3 animations as per your requirements.