What comes to your mind when you hear the word iPhone? The great Apple Smartphone and its easy and fun looking interface. Not only the interface but also the innovative apps that we use every day. And also, have you ever wondered what helps these apps look more creative and user friendly? I guess many would have not. The programming languages and the developers are the backbone of such apps. In 2014 Worldwide Developers Conference (WWDC), Apple launched an innovative programming language called Swift. This language became many programmers choice in a short span of time and also led way to develop many creative applications. 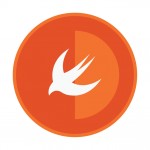 Before stating the key definition, the history of Swift language started with Chris Lattner, Director of the Developer Tools department in Apple Inc., in 2010. He started developing Swift programming language along with many programmers and he gathered ideas from Rust, Ruby, Objective-C, Haskell, Python, C#, CLU and many other languages.

As a new programming language, Swift was designed and developed to work with Apple’s Cocoa and Cocoa Touch frameworks. It is a language for developing iOS and OS X apps. Rather than Objective C, Swift is flexible to erroneous code just to be on the safer side. To be more precise, swift is a Objective-C programming language without the C. Swift 1.2 along with Xcode was releases on April 8th, 2015.

Tim Cook, Apple’s Chief Executive said, “Inventing a new programming language is something very few companies can do and we believe it will have a profound effect on our ecosystem.” And additionally he stated, “A recent report from RedMonk showed that Swift has had unprecedented growth and is quickly climbing the list of the most popular programming languages”.

Swift has grown to a new level in a matter of few months. Many international universities and technical schools like Aberystwyth University, Germany’s Technical University of Munich, Ingésup in France, Tecnológico de Monterrey in Mexico and Plymouth University in Great Britain and RMIT University in Australia have incorporated Swift iOS Programming Language in their courses.

Swift reached to new levels because of the following highlighted features

As stated already, swift has a enormous growth and because this and its advanced, user-friendly features many top enterprises started incorporating Swift language while developing their iOS or OS X apps. Here are few top spotted apps that were developed using the new ios programming language.

Swift has taken, will take the iOS apps development to higher standards without any fails. With over I million download, It is sure to become the most acceptable language of iOS and OS X apps development. “Using Swift, we will collaborate to bring over 100 MobileFirst apps to enterprise clients, each addressing a specific industry need or opportunity. This is a radical step for enterprise. It opens a large market opportunity for Apple”, said Tim Cook.