How mobile apps play a huge role in improving your business standards?

Change is the only thing that never changes. The mobile market is one of the most important sectors which provides a large opportunity to meet the future requirements and is changing the face of how we see the future. This shift is making a huge improvement in the technological sector making tasks easier and permeable. A recent survey found that some people use the internet from their mobile device which is the contrast to the number of people using computers to browse the internet. In this, nearly 43% of the smartphone users download apps for different aids. Here are some of the fun facts and number games about the increasing mobile apps demand:

Almost all enterprises have a dedicated ‘mobile apps for business’ as that help their customers to know more about their business without launching their website. Nearly 90% of the mobile users use an app to know about their preferred brand or company or services as they see that to be more useful and handy than launching the website. The mobile phone users are growing every day in large number which directly increased the pressure for every business to have their own mobile application. Mobile apps are sure to become a must-have for the business of almost every industry. The CEO of SellMyApp.com, Stav Zilbershtein said, “ mobile apps are the future. First laptops replaced desktops, and now laptops have been replaced by mobile devices that widely use mobile apps. We’re entering the future, and mobile apps are going to be the norm.” 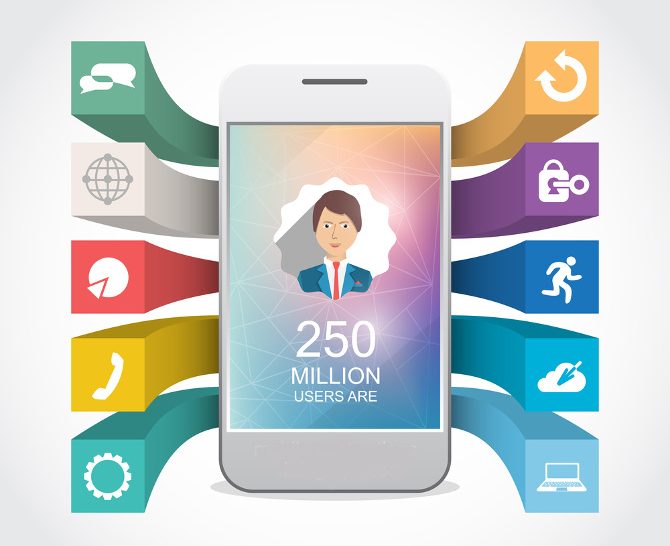 So, here are some of the top facts about how mobile apps can help your business grow in this fast moving technological world.

Mobile applications are playing a vital role in improving business standards and also helps in creating the brand awareness. To be more precise and practical, users will not forget the most things displayed on their mobile screen. Mobile apps for business come with many different features like push notifications which allow the companies to share information with the customers via the mobile application. With the help of push notification, the business can do personal branding, but that can be done only if the enterprises have a close understanding of their customer.

Mobile apps are the easiest and the best way to engage your clients regarding getting feedback and suggestion from them about your brand or company. Also, these apps offer a place for the companies to have the full conversation with the customers. Recently, a report stated that users spend almost 30 hours per month on mobile applications. For example, people take the much important decision like what to wear, what to see, or even what to eat based on the data available on mobile apps. Mobile apps also allow social sharing which engages the customer with their close network.

Mobile apps are the great marketing agents to attract more customers. To attract more customers, first, the app should be marketed. A study found that only 40% of the apps are downloaded from search engines or the mobile apps platforms and the rest is downloaded from the official platforms. Then, how the mobile apps will be the first source when itself needs to be promoted? If a company doesn’t have a mobile app, they are likely to miss few potential customers. The truth is that nearly 20% of the internet users use the only mobile phone to surf the internet and the 20% is a large group of customers. They will never use company services that don’t have a mobile application.

The sad fact is that many business owners are yet to recognize the potential of the mobile applications regarding the improvement in the branding and increase in the revenue.