With the increase in the number of mobile phone users, the demand for interactive and innovative mobile applications is rising steadily. This requirement increase made the mobile app development market work day and night to fulfill the needs of the users/customers. Many app developers are focusing more on cross-platform mobile application development as this process reduces the turn around time (TAT) of the app development. So, what is cross-platform application development? It is a technique of writing a single code for an app that runs on all the leading mobile operating systems like iOS, Android, Windows and more.

Reading this article will help you get the answer for: 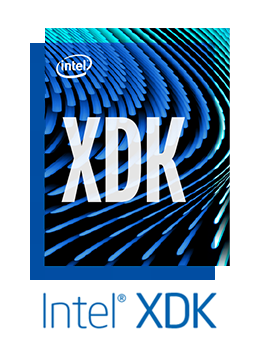 What is native, web and hybrid app?

Clients and sometimes even the amateur developers get confused with the terms: Native Apps | Hybrid Apps | Web Apps. It is a huge responsibility of every app developers to know the difference between these apps.

To summarize, Native and Hybrid apps are installed in an app store from where they can be accessed whereas the web apps are the mobile-optimized website that looks more like an application.

What are the benefits of adapting to hybrid apps?

Hybrid apps are native but their contents are web-based, and they reap the features of both the native and web apps. Some of the benefits of developing hybrid apps are:

What is Intel XDK?

What are the features of Intel XDK?

Here are some of the most exciting features that make Intel XDK stand out from the crowd of cross-platform app development framework:

Intel XDK is proving to be the best cross-platform mobile application development software as the features and support are awesome.