People would always love to wear a smart watch that makes their day easier. Apple will always be the pioneer of new inventions and it happened in the same way to that of smart watches too. Yes. Apple was the one to introduce smart watches and they did it in their own style by introducing a watch which runs on iOS. Isn’t it cool? Yes, indeed.

Apple Watch? What does it do and look like?

Apple watch is the first introduced smart watch from Apple that helps user to achieve their day-to-day task easily. It looks like a normal watch but functions like a beast. This smart watch comes in three different models namely Apple Watch, 18k gold Apple Watch edition and Apple Watch Sport. But as of now, they are available for purchase only through online but recently (07/05/2015), Apple Inc. said that they had introduced an in-store pickup option for American buyer and the button even appears on the American page. They also added that this will help delivery delays. 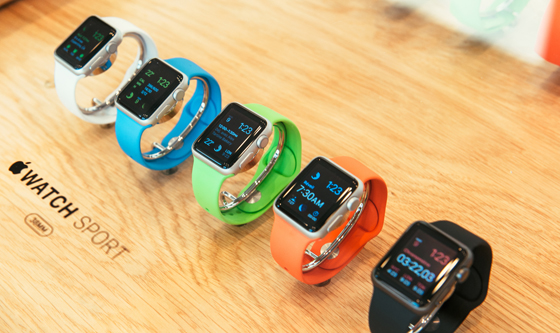 All the three versions of Apple Watch actually require an iPhone which runs on iOS 8.2 or later (say iPhone 5c, 5s, 6, or 6 Plus). This watch comes with a Force Touch sensor and a Taptic sensor which helps you easily view and operate on messages and also many alert features like email, call, etc. Apple Chief Cook said: “If I sit for too long, it will actually tap me on the wrist to remind me to get up and move, because a lot of doctors think sitting is the new cancer.” He also said, “Ten minutes before the hour, [the smart watch] will remind you to move. We have a lot of people using the Apple Watch at Apple, and ten minutes before the hour, suddenly they all get up and move. It took a little to get used to, but it’s great”.

On May 1st, 2015, it was announced that people have tattoos on their wrist will have problem in using the device. According to Apple Inc., the device’s pulse-rate sensing capabilities will not work. They said, “The ink, pattern, and saturation of some tattoos can block light from the sensor, making it difficult to get reliable readings”.

The most anticipated Apple Watch release date was announce and was available for preorder from April 10, 2015 on selected countries like US, UK, Canada, Australia, Germany, China, France, Hong Kong and Japan. Unfortunately, until June the watch will not be available on stores and the online orders will only be delivered on July. This is really sad news.

Apps are here and more in development:

Since Apple Watch have created a drastic hype on the smart users world, the apps for Apple watches are on the roll to helps people achieve their tasks. The apps will only fetch data from the parent iPhone and display in on the watch’s smart screen. There have been lots of app from health to social media, travel to fitness been developed in recent times. Many people are developing their own apps and some outsource to a better mobile app development company. It has been reported that there are around 3500+ apps already available on the market and many in development.

Apple WatchKit is a framework used for creating applications for Apple Watches and is included with iOS SDK. It uses the San Francisco Typeface as its main Typeface. The developed apps can be loaded on to the watch app store. Like other Apple products, the app store doesn’t run on the parent device i.e. the iWatch. Rather it runs on the paired iPhone running iOS 8.2 or more. iWatch app development can also be carried out on Xamarin, the cross platform app development language. The app has to be developed in three different forms namely the Watch Extension, the Watch App and the iOS Parent App. The complete app kit only allows the desired app to function properly.

McQuivey said: “By [the end of the year], at least 100 million people will have an iPhone 5 or 6 that is capable of connecting to Apple Watch. All Apple needs is a 10 per cent conversion rate to sell 10 million units”. The following are some apps that might be essential for the Apple Watch users.