Android M! Android M!! Android M!!! It was M all over the mobile world, and there was an enormous discussion about what would be the Android’s Next? Whether it would be Milky Way or M&M’s or Mint or Mousse or Mustard or Marshmallow. Finally, after a long wait and buzz, Google’s mobile division named the Android M as Android Marshmallow. Marshmallow – a sweet and soft sugar based candy. Marshmallow will be a sweet product as that of its predecessors KitKat and Lollipop. 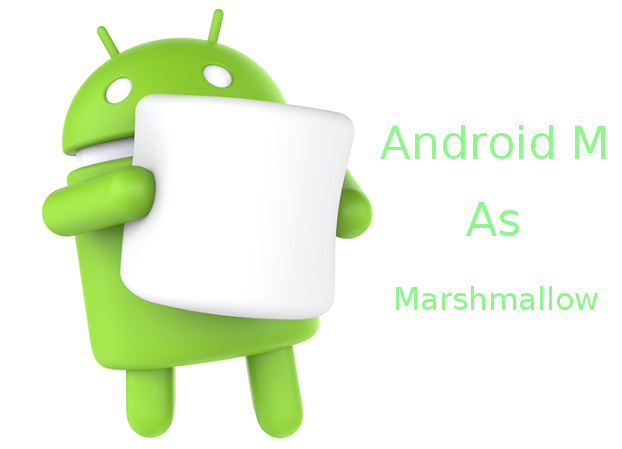 Android 6.0 Marshmallow was officially announced a couple of days back, and it received a massive response. Now, the final preview of the next Android is available now, and Android application developers are asked to stay focused on its improvements. Initially, the Android M features were revealed during the Google I/O 2015, a conference that share about Google product updates.

As the final version of the developers preview is available now, the original OS is expected to have many new and creative features. A blog post in the Android forum stated, “Compared to the previous developer preview update, you will find this final API update somewhat incremental.”

The Android has now become the most used mobile operating System (OS) in the market and also it is considered as the most user-friendly mobile user interface. Here are some of the features that will come along with Android Marshmallow.

Android Marshmallow is said to have the most interesting APIs as from the news of the Developer Preview 3 (final version) community. Google said, “Final Permissions User Interface – we updated the permissions user interface and enhanced some of the permissions’ behavior.” The fingerprint API has been updated which helps in better usage of fingerprints for error reporting and also in the enhancements of greater readability.

Inside features in Android Marshmallow:

Google has now intentionally concentrated on the APIs and the new look and feel of the user interface (UI). Here are some of the features that are sure to impress the Android Marshmallow users.

So, when will the update be available for the standard end user? Google is set to launch the Android Marshmallow operating system (OS) in fall, and the dates are now tentative. Let’s keep our fingers crossed to put our hands on the new Android Marshmallow.